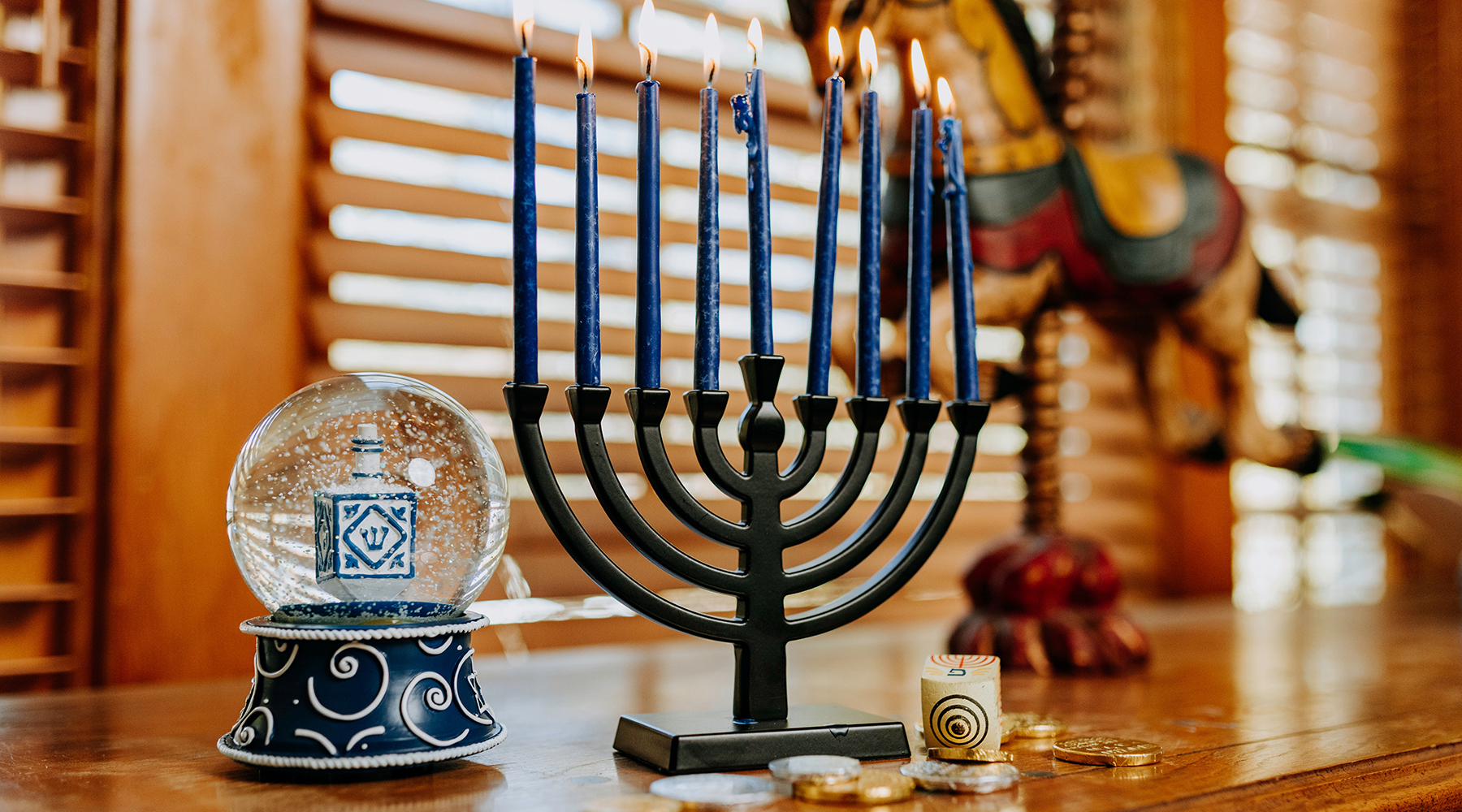 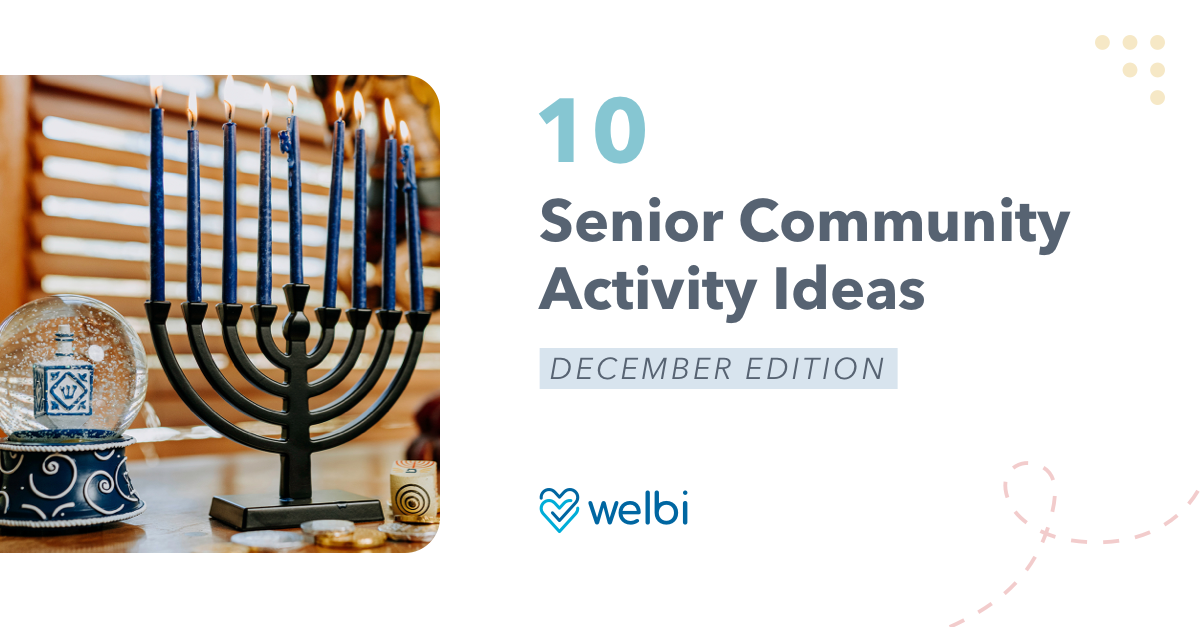 The holiday season is upon us! We have some holiday and non-holiday activities that take place in the month of December for you to make the most of this special time of year.

Many older adults have become more tech savvy these past few years due to the need for social distancing. But for residents who may be less comfortable with tech, you can host learning sessions for them to learn how to use a computer to send emails to loved ones, look up information they’re interested in, or even create a social media account to stay up to date on what their kids and grandkids are up to. You could invite high school students in to help provide some more one-on-one support for your residents!

To celebrate International Volunteer Day on December 5th, organize an opportunity for your residents to give back to a cause in your local community. Maybe it’s holding a silent auction or fundraiser to raise money for a local charity, maybe it’s getting residents together to knit clothing items for those experiencing homelessness, maybe it’s putting together holiday baskets for families in need. Many seniors spend or spent time volunteering and giving back to their communities, so we’re sure they would love an opportunity to do so on December 5th.

Who doesn’t love an excuse to dress up in fancy hats and eat pastries, snack on cucumber sandwiches, and drink tea out of china cups? Celebrate International Tea Day with tea and sandwiches, scones and jams, and cakes and sweets. You can set the scene with seasonal flowers, doilies, bowls, teacups, nice napkins, lace tablecloths, and some baroque music.

You could turn it up a notch by bringing in someone who “reads” tea leaves! Remember to take photos!

Chanukah is known as the festival of lights, and for those Jewish residents or residents who would like to participate in the celebrations, it’s a great time to gather together. In keeping with the story of oil lasting a miraculous eight days, much of the traditional food is fried, including the delicious latke. These fried potato pancakes are made with shredded potatoes and onions that get crisped up and served with applesauce, sour cream, or salmon. Spend the afternoon with your residents making latkes (here’s a recipe to get you started) and follow it by the lighting of the Menorah. Make the lighting a part of your routine for the eight nights of Chanukah.

A dreidel is a four-sided spinning top with a Hebrew letter printed on each side. It is used during Chanukah to play a popular children's game that involves spinning the dreidel and betting on which Hebrew letter will be showing when the dreidel stops spinning. Children usually play for a pot of gelt — chocolate coins covered in gold-colored tin foil. Jewish tradition has it that a game similar to the dreidel was popular during the rule of Antiochus IV, who ruled in present-day Syria during the second century BCE. During this period, Jewish people were not free to openly practice their religion, so when they gathered to study the Torah, they would bring a top with them. If soldiers appeared, they would quickly hide what they were studying and pretend to be playing a gambling game with the top.

Get your residents together during Chanukah for some games of Dreidel! Here’s how to play:

At the beginning of the game, players sit around the table or on the floor in a circle. Each player is given an equal number of gelt pieces or candy, usually ten to fifteen. At the beginning of each round, every player puts one piece of gelt into the center "pot."

Players take turns spinning the dreidel. Each of the Hebrew letters has a specific meaning as well as a significance in the game:

Once a player runs out of game pieces they are out of the game.

Why should kids get all the fun with the newest holiday tradition? Elf on the Shelf is an activity where people place a small elf doll in a different spot each day in December. So, each morning, place your elf somewhere for your residents to find. The first resident who finds it wins and gets a daily prize. To keep it fair, a resident can only win once and they could help recreation staff hide it the next day. This game could also be played in teams.

Secret Santa is one of the most popular Christmas activities. Before Christmas Day, residents who wish to participate can draw random names to become someone’s Secret Santa. Then on Christmas Day, residents can put their anonymous gift in front of the door of the resident they chose. Later on in the day or on Boxing Day, plan a get together where everyone can bring their gifts and guess who drew their name.

Kwanzaa is not a typical religious holiday. Emphasis is placed upon teaching traditional African values and celebrating the heritage of Africans living around the world during the weeklong celebration. As Kwanzaa unfolds, celebrants focus on one of seven specific themes each day. Every night, a new candle is lit on the seven-spaced kinara in honor of that day's central theme following a few activities such as sharing a communal drink and a recitation. The nguzo saba (the term for these seven themes) connect to subjects pertaining to life, community, and higher purpose.

These seven themes include:

To celebrate each day, think about an activity or discussion group that fits the theme. Maybe for Umoja, you could organize a game that requires teamwork and collaboration. For Kujichagulia, have some friendly competition between residents. You can organize some volunteering on the day of Ujima and do an art program for Kuumba.

December 29th is the birthday of renowned cellist Pablo Casals, and International Cello Day was proclaimed to mark the date. It’s a day for cellists and music aficionados to come together to celebrate the large four-stringed instrument that is played seated. To mark the occasion, invite a local cellist to come play a concert for your residents and share facts about this beautiful string instrument.

Get those noisemakers, glitter and party hats out! It’s the end of 2022! Along with great food, drinks, and music, host a resolution activity! At the party, have residents write down their New Year’s resolutions.

Once everyone has finished, place the resolutions in a jar or hat and shake it up. Participants can pull them out and guess who wrote the resolution. Once they’ve finished going around, residents can put their resolutions in a capsule, as well as write down their favourite things from the year and what they’re looking forward to in 2023.

For New Year’s Eve in 2023, everyone can open the capsule and see who stuck with their resolutions and if what they looked forward to occurred. 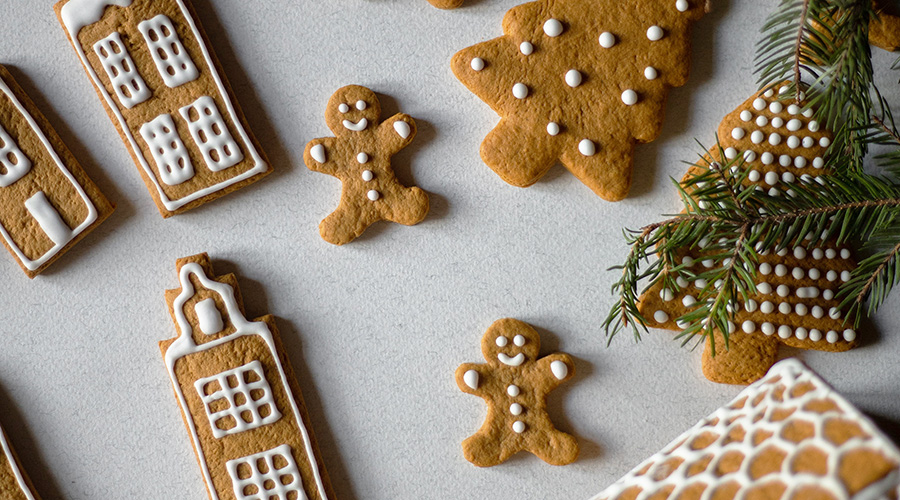 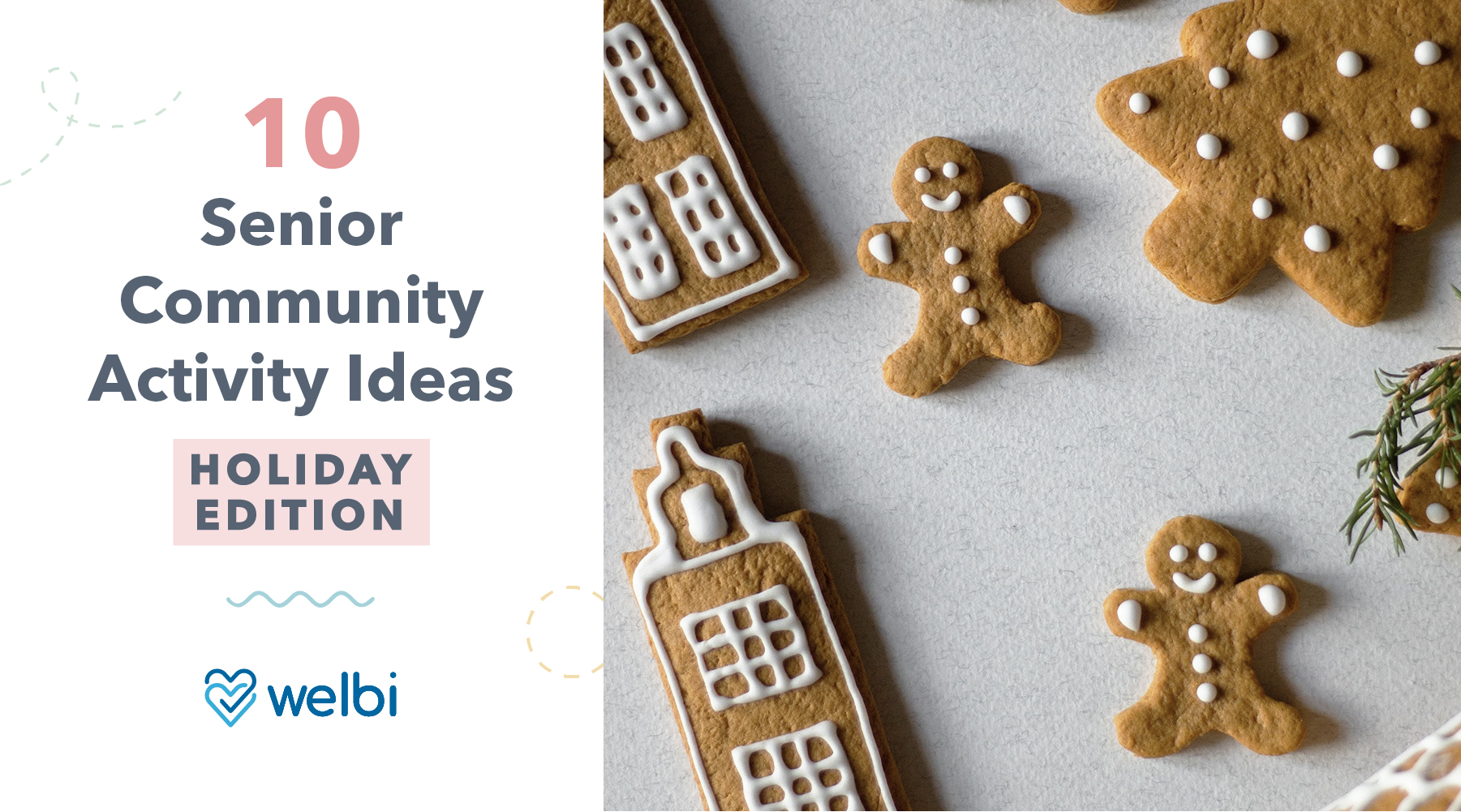 This month, we’re looking ahead to December with holiday activities galore! Elves, Fires, Holiday Movies, and more! What seniors living community doesn’t love getting festive during the holiday season? 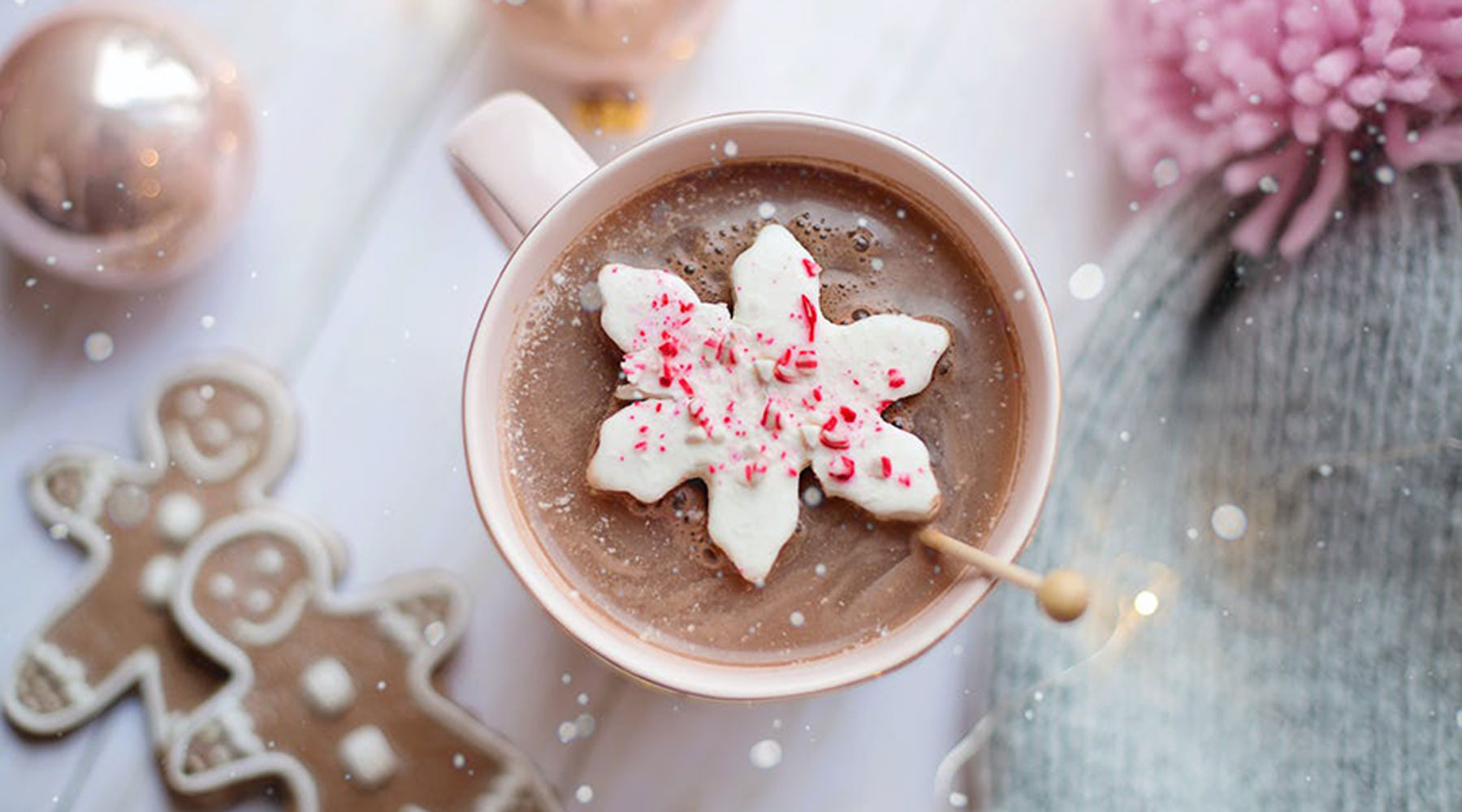 The holiday season is here and we’ve got a new round of cheer! Get your community into the holiday spirit with these 10 holiday-themed activities for residents of all backgrounds. 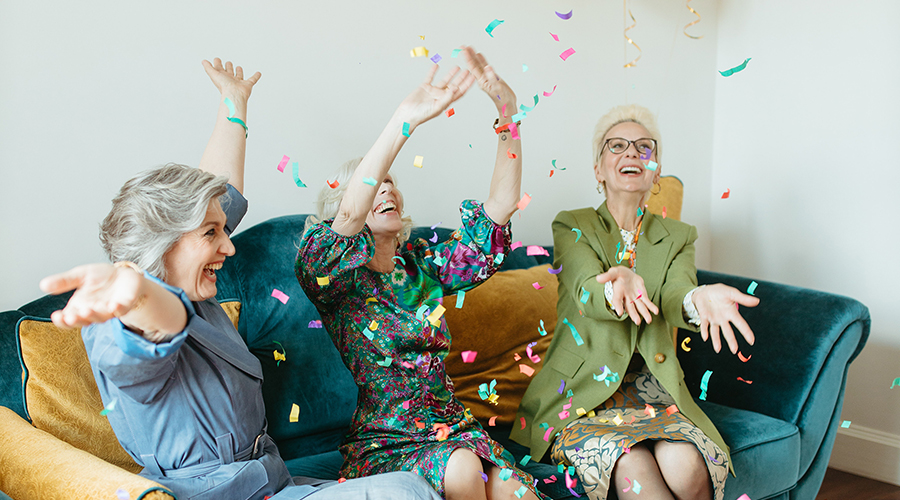 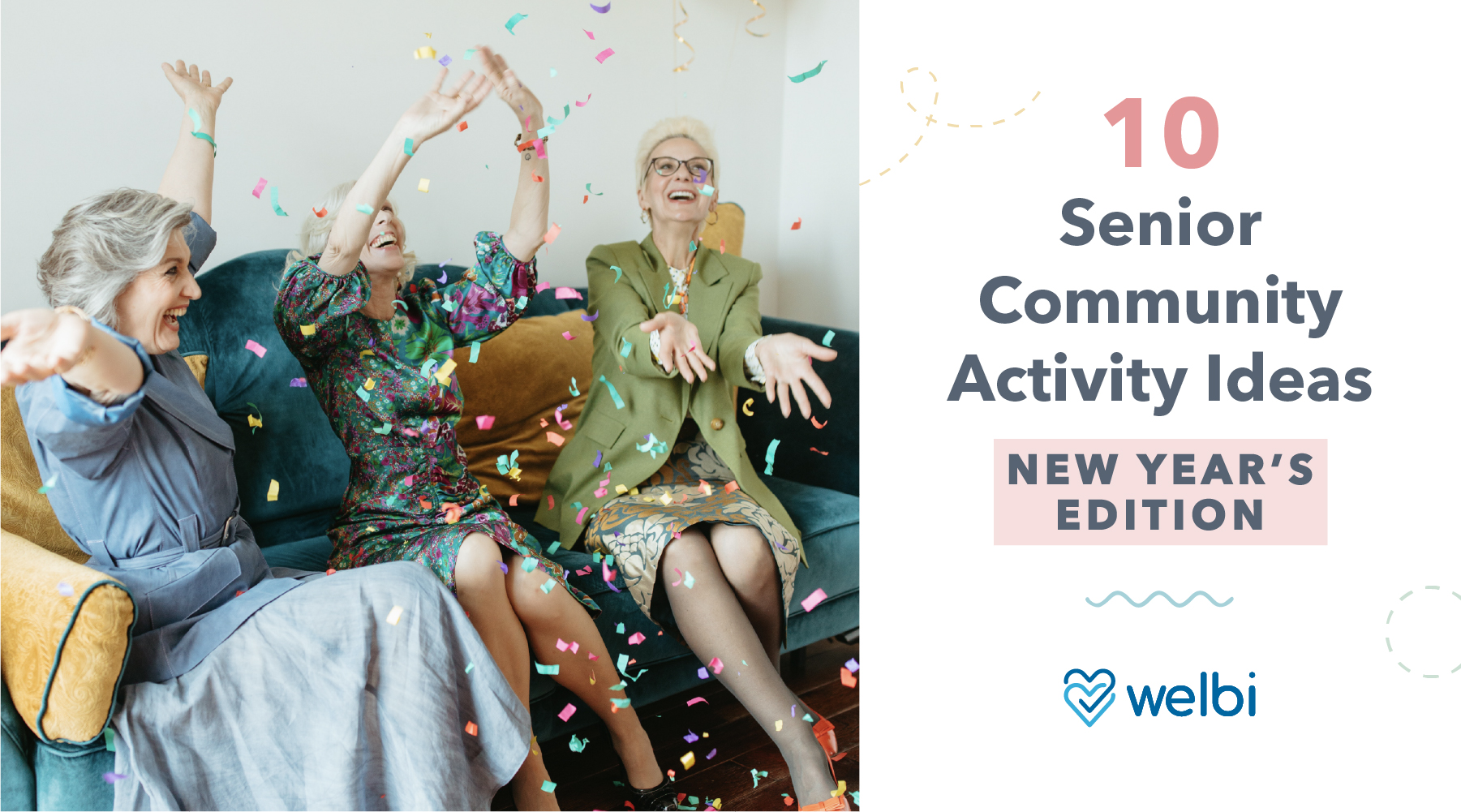 This month, we’re celebrating the beginning of 2022 with party ideas, reminiscing, reflecting, and more! The start of a new year is a great time for you and your residents to look back and reflect and look ahead to resolutions, goals, and fresh starts.