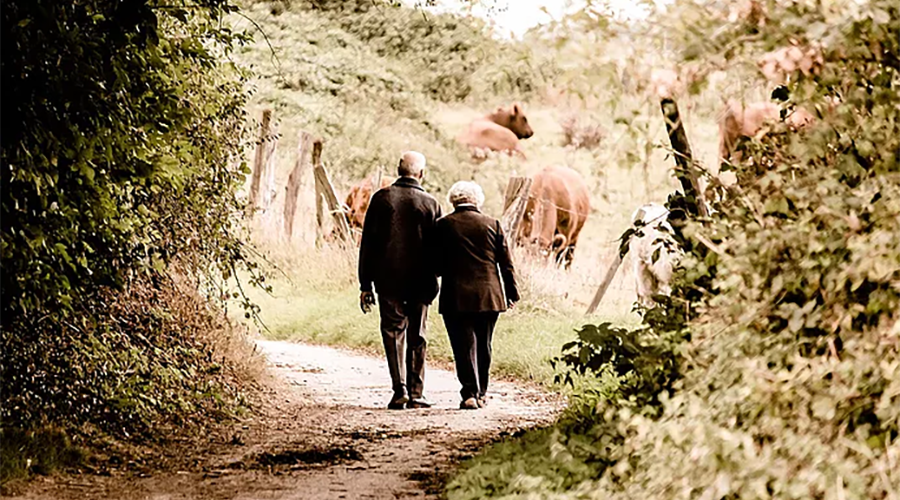 As people age, we experience a variety of changes throughout our bodies, inside and out. Aging causes changes to occur in the body’s cells and tissues, and these changes affect everything from internal organs to muscles to skin and hair. As cells get older, they function less effectively and will eventually die. With less cells, many of the body’s internal functions and processes become less efficient. This decrease in efficiency of bodily functions leads to many of the typical changes that are associated with aging.

This first article will touch on just some of the common age-related changes that most people experience. A second article with details on even more changes will be posted next week.

Everyone experiences some height loss due to age, but the amount lost and the rate of loss varies between individuals. In general, though, the average person will lose half an inch of height every 10 years from their peak height, which is usually around age 30. Changes in height are mostly due to the the fact that the spine curves forward more and more over time. This is because the cartilage between the vertebrae in the spine loses flexibility over time, which compresses the spine and causes it to tilt forward.

In terms of weight, most people will steadily gain weight over time after age 30, as the amount of fat tissue in the body increases with age. This gradual weight gain usually continues until age 55 for men and age 65 for women, at which point weight begins to decrease. This decrease is due to the fact that in older adults, fat tissue will eventually replace muscle tissue, and fat tissue weighs less. ‍

A decrease in overall muscle mass is common among older adults. This can cause a decrease in strength and flexibility, and make it harder to do everyday tasks and live an independent life. Muscles have a lot to do with functional independence. Loss of muscle mass is usually caused by low levels of physical activity, and this is common among older adults. Regular exercise and strength training can help maintain muscle mass for longer.

Bone density and strength commonly decreases with age as well. Osteoporosis is a diseases that causes bone weakness and increases the risk of falls and injury. It’s estimated that 1 in 3 women and 1 in 5 men will suffer from an osteoporotic fracture in their lifetime. Women are more vulnerable to bone weakness than men because production of estrogen, which helps prevent bone weakness, decreases after menopause. However, bones are made up of living tissue and can be strengthened with exercise just like muscles.

The skin is a part of the body that is commonly associated with aging, as its effects can be clearly seen. The reason that older people develop wrinkles is because the amount of collagen in the skin decreases with age. Collagen is responsible for keeping the skin strong and elastic. The decrease with age leads to the skin becoming thinner and less elastic, which causes wrinkles.

Hair is another area where the effects of aging are visible. Hair becomes grey or white because the pigment cells in hair follicles eventually die. These pigment cells can begin to die at any age, but it gets more common with age. With less pigment in a hair follicle, less melanin can be used to color the hair. These hairs are actually clear, but reflect light in a way that makes them appear grey or white.

It’s common for blood pressure to increase with age. Over time, the heart and the arteries age and become less efficient, causing blood pressure to rise. High blood pressure causes small tears on the walls of the arteries, and plaque can build up on these tears. This causes arteries to narrow, which makes the heart pump harder to pump blood. A weak heart is at a high risk of heart attack or heart failure, and narrowed arteries increase risk of coronary artery disease and stroke. Thankfully, high blood pressure can be decreased by maintaining a healthy weight, getting regular exercise, avoiding smoking, and eating a proper diet.

The lungs and the respiratory system also become less effective with age due to changes in structure. After age 35, lung function gradually begins to decline which can eventually cause breathing to become more difficult. The air sacs which are used to transport oxygen into the bloodstream and remove carbon dioxide are called alveoli, and they can become baggy with age. This can cause the exchange of oxygen and carbon dioxide between the lungs and bloodstream to become more difficult, and can make it harder to breathe.

As the body ages and cells die, nearly every organ and function in the body is affected in some way. Some effects of aging, like those on skin and hair, are easily visible. Others, like effects on the cardiovascular system or the muscles, may not be so obvious at first. Staying informed about all the different ways that the body changes with age is an important part of knowing what to expect while getting older. These changes mentioned in the article are just a few of the ways that aging affects the body. Make sure to check back next week for a second article discussing even more common effects of aging on the body.

Never miss a post!
Sign up for our newsletter
This site is protected by reCAPTCHA and the Google Privacy Policy and Terms of Service apply.
Recent Posts
10 Senior Community Activity Ideas: June Edition
5 Strategies Recreation Managers Can Use to Avoid Burnout
Why Senior Living Communities Must Know About the 7 Dimensions of Wellness
Why Your LTC Community Should Be Focusing More on MDS
10 Senior Community Activity Ideas: Spring Edition 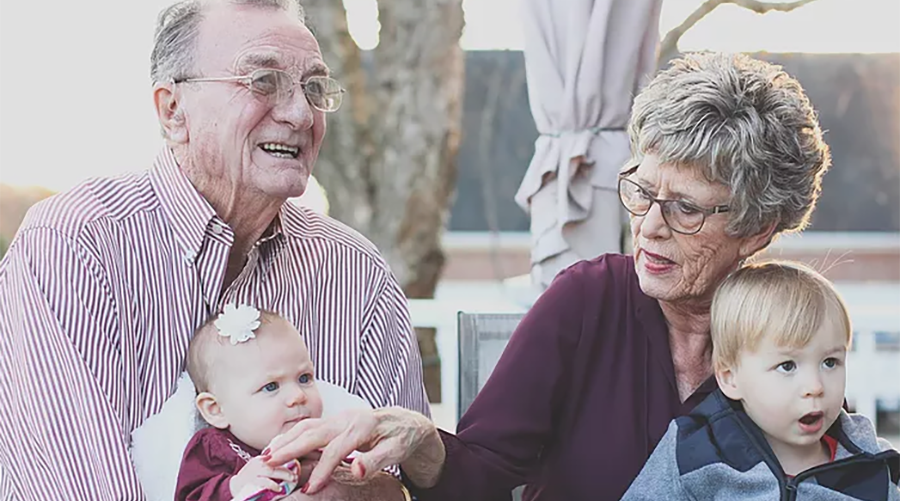 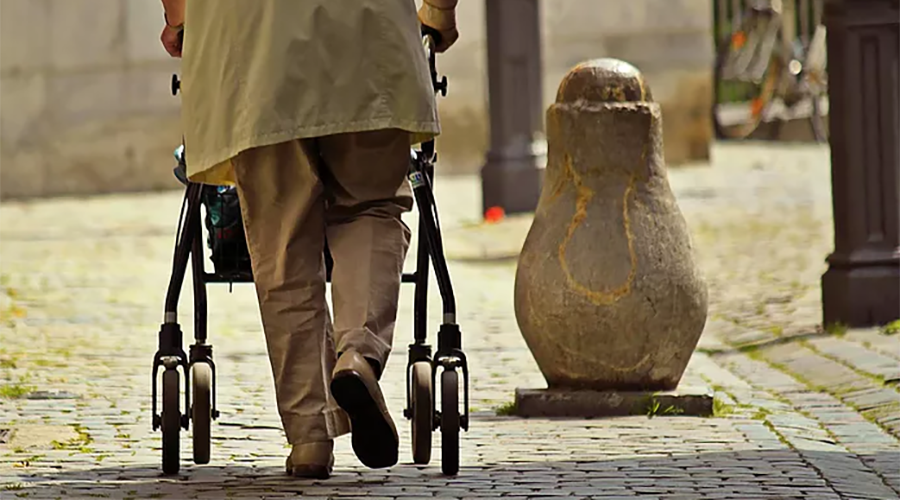 There are a lot of stereotypes that are associated with getting older. Here are 5 misconceptions about aging, and the truths behind the stereotypes. 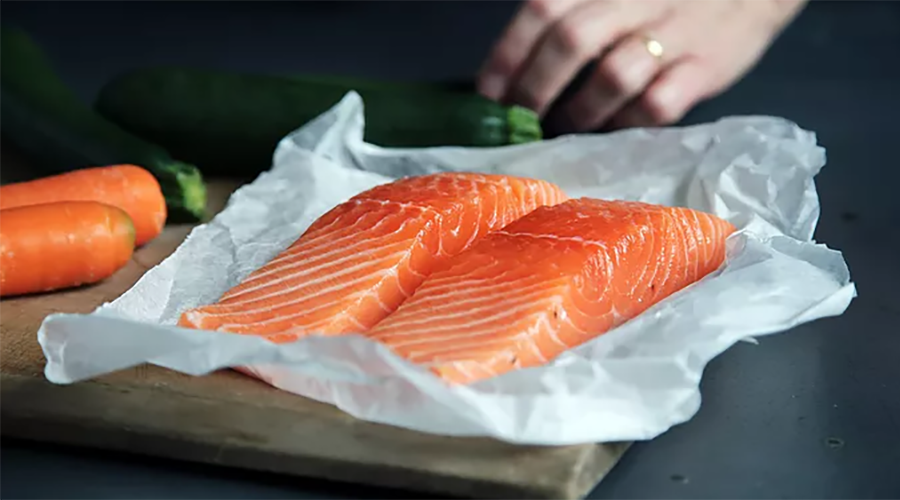