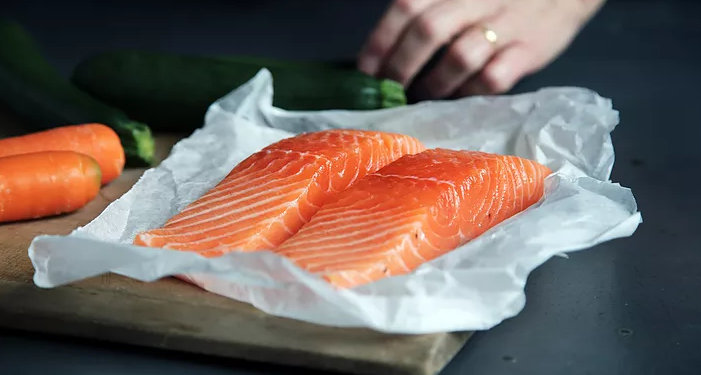 Do you know someone suffering from Alzheimer’s? It’s estimated that one in ten people over the age of 65 has the disease. Memory issues will affect all of us at some point, whether we deal with them ourselves or have a friend or family member who is affected.

Many people may think that Alzheimer’s disease is genetic or just a result of aging, but that’s not the case. Less than 5% of Alzheimer’s cases are genetic, and the majority of cases can actually be prevented with healthy lifestyle choices. The suggestions on this list aim to help you keep your mind and memory sharp while you get older, and prevent issues that can lead to cognitive decline.

Learning can have major benefits for older adults. A study from the University of Cambridge has shown that people who have higher levels of education have a lower risk of developing dementia. These individuals are better able to handle changes in the brain before symptoms of dementia start occurring.

However, it’s not just individuals who were better educated earlier in life that benefit from learning. Dr. Ipsit Vahia from the Harvard-affiliated McLean Hospital states that learning new things can be beneficial later in life as well. Increasing mental activity can stimulate new brain cell growth even at older ages, which can help protect against cognitive decline.

Dr. Vahia recommends taking classes and learning new skills to keep the brain active and healthy. He suggests learning new things such as a language or musical instrument, or improving current skills such as computer proficiency. Dr. Vahia compares the brain to a muscle – it needs exercise to stay healthy.

It’s widely agreed that proper nutrition plays a major role in maintaining a healthy brain.  Nutrition scientists such as Yasmin Mossavar-Rahmani report that inflammation in the body can contribute to cognitive decline. Foods that are processed or high in saturated fats and sugar are likely to produce this inflammation, and these foods are very common in western diets.

Healthier diets are associated with a much lower risk of Alzheimer’s. The Mediterranean diet, which is rich in fish and leafy vegetables, is linked to better brain health in later years. Other low-meat diets, such as those consumed in countries like India, Nigeria, and Japan, are also associated with decreased risks of Alzheimer’s.

Dr. Mossavar-Rahmani’s suggestions for healthy, non-inflammatory food options include whole grains, fish, lentils, nuts, and beans. Many of these are eaten around the world and can be found in a variety of cuisines. A healthy diet also helps to prevent health issues which can contribute to cognitive decline, such as diabetes and high blood pressure.

Scientists believe that decreased plasticity is related to changes in the brain that can lead to Alzheimer’s. Regular exercise can reduce the risk of developing Alzheimer’s by up to 50%, and reduces the risk of memory loss and cognitive decline as well. The increase in brain plasticity and neural connections gained by exercising can be a major asset in preventing or delaying the onset of Alzheimer’s.

Social interaction has been shown to have a very positive effect on maintaining good cognitive health for aging adults. One study conducted across 12 years found that seniors who were frequently socially active had a 70% lower rate of cognitive decline than those who weren’t.

Another study came to a related conclusion – the risk of Alzheimer’s disease was more than doubled in seniors who were lonely. Maintaining social relationships helps keep the brain active and maintain healthy levels of cognition. Being social is a way of protecting the brain against memory issues.

Loneliness among seniors has been described as being as dangerous as being a heavy smoker or an alcoholic. However, seniors can remain social in their later years by attending group activities, taking classes, or volunteering in their communities.  By being social and making new personal connections, seniors can help prevent loneliness and its negative health consequences.

Cognitive stimulation is another factor that can contribute to better cognitive health. Simple activities such as reading, doing puzzles, and playing games can prevent or delay memory-related issues and cognitive decline.

A study from the American Academy of Neurology found that seniors who engaged in cognitively stimulating activities were 30 to 50% less likely to develop memory loss. The activities that the study looked at included reading books, playing games, computer activities, and crafts such as pottery or quilting. The study also found that watching more than 7 hours of TV per day puts seniors at increased risk of memory issues.

Additionally, a Boston-based research team looked at 12 studies that analyzed the link between cognitive activities in seniors and the link to Alzheimer’s and dementia. When comparing the results, their conclusion was clear: there is significant evidence that cognitive activity and stimulation in seniors can help protect against these memory issues.

While there may be no proven ways to reverse issues like Alzheimer’s or dementia, prevention goes a long way. A healthy lifestyle with plenty of exercise and a good diet can help the brain maintain plasticity and build new connections. Keeping the brain active and healthy with plenty of socialization and stimulation can have major impacts on maintaining good cognitive health in later years.